Church jokes often bring the congregation to become more attentive in listening to the preaching. Why? Because everybody loves a good laugh. And let’s be honest, a sermon or preaching coupled with some clean and hilarious church jokes makes the preaching more memorable.

But there is a need to deliver these jokes in the right way because some church jokes may be very corny. But with some wit and proper delivery, these church jokes will produce a joyful heart to the listener. And as Proverbs 17:22 declares, “a joyful heart is a good medicine.”

With this, we compiled a lot of different clean and hilarious church jokes you can use in your ministry, bible study groups, cell groups, Sunday services, and other gatherings.

But before we get into that, let us first know what the Bible says about laughter.

What Does The Bible Say About Laughter?

Like the famous saying “Laughter is the best medicine.”, in the Bible, having a joyful and cheerful heart is also good medicine. (Proverbs 17:22)

And throughout the Bible, we can find lots of Bible passages like Proverbs 17:22 that talk about laughter. With this, here are some bible passages that best defines laughter.

Psalm 126:2 “Then our mouth was filled with laughter, and our tongue with shouts of joy; then they said among the nations, ‘The Lord has done great things for them.’”

This passage tells us that after God restored Zion, the Israelite’s celebrated God’s amazing work with laughter and singing. Thus, we too should celebrate God’s goodness in our lives singing and so much joy that our mouths will be filled with laughter.

In this passage, King Solomon is telling us that there will always be a time for something, and that includes a time for laughter. So, when it’s a time to enjoy and laugh, don’t be afraid to laugh out loud!

Job 8:21 “He will yet fill your mouth with laughter, and your lips with shouting.”

In this passage, Job has already and is still suffering from the loss of his loved ones and properties. So, his friends have come to comfort him after these losses. And one of Job’s friend reminded him that God will restore his joy in the end. And that even at his lowest point, God is still with him.

After the close of the service, the Church Board gathered at the back of the sanctuary for the announced meeting. But there was a stranger in their midst — a visitor who had never attended their church before.

“My friend,” said the pastor, “Didn’t you understand that this is a meeting of the Board?”

“Yes,” said the visitor, “and after today’s sermon, I suppose I’m just about as bored as anyone else who came to this meeting.”

Bent over and obviously in pain, the old man with a cane hobbled laboriously through the sanctuary and into the pastor’s office while the choir was practicing.

Ten minutes later he came out, walking upright and moving with grace and speed.

“Good gracious,” the choir director exclaimed. “Did the pastor heal you by faith?”

“No,” the old man said with a smile. “He just gave me a cane that wasn’t six inches too short!”

The husband was shocked. “Is not! Show me!”

Pulling out her Bible, the wife opened it to one of the New Testament books and declared, “It says right here — HEBREWS!”

God is talking to one of his angels. He says, “Do you know what I have just done? I have just created 24 hours of alternating light and darkness on Earth. Isn’t that good?”

The angel says, “Yes, but what will you do now?”

A little boy in church for the first time watched as the ushers passed around the offering plates. When they came near his pew, the boy said loudly, “Don’t pay for me, Daddy, I’m under five.”

During a Sunday school lesson, a child learned about how God created human beings. The child became especially focused when the teacher explained how Eve was created from Adam’s ribs. Later in the week, the boy’s mother saw him lying down on the floor, so she asked him what was wrong. His reply was priceless: “Mom, I have a pain in my side—I think I’m getting a wife.”

A little girl finally got to attend a wedding for the first time. While in the church, the girl asked her mother: “Why is the bride dressed in white?” The mother replied to the girl: “because white is the color of happiness and it’s the happiest day of her life today.”

After a little bit, the girl looks up at her mother and says: “But, then why is the groom wearing black?”

A Kindergarten teacher was observing her classroom as the children drew pictures. The teacher would occasionally walk around and see each child’s artwork. As she approached one little girl who was working especially hard, she asked what the drawing was.

“But sweety,” the teacher replied, “no one knows what God looks like.”

Automatically, the little girl continued drawing and said: “Well, they certainly will in a minute!”

After the wedding, the little ringbearer asked his father, “How many brides can the groom marry?”

“Because the priest said he could marry sixteen,” the boy said, puzzled.

“How’d you come up with that?” his father asked.

After service, a stranger approached the pastor and said, “I’d like you to pray for my hearing.”

The pastor placed his hands on the man’s ears and said a passionate, earnest prayer.

Looking surprised, the man said, “Well, it’s not until tomorrow.”

A boy came late to Sunday School. Knowing he was usually very prompt, his teacher asked, “Johnny, is there anything wrong?”

“No, ma’am, not really,” he said.”I was going to go fishing, but my dad told me that I needed to get on up and go to church.” The teacher was very impressed and asked Johnny if his father had explained why it was more important to go to church than go fishing.

“Yes ma’am, he did,” Johnny said. “My daddy said he didn’t have enough bait for both of us.”

As the storm raged, the captain realized his ship was sinking fast. He called out, “Anyone here knows how to pray?”

A pastor stepped forward. “Captain, I know how to pray.”

“Good,” said the captain, “you pray while the rest of us put on our life jackets – we’re one short.”

A pastor was in the middle of his sermon when he noticed a man had fallen asleep with his head on his wife’s shoulder.

The wife smiled and replied, “You put him to sleep. You wake him up.”

It was the week after the resurrection, and disciples were still scattered about Jerusalem and the surrounding villages. John searched high and low for Peter and finally found him still hanging out in the upper room. “Peter, Peter!” he said excitedly. “I have good news and bad news. Which would you rather hear first?”

“By all means give me the good news. We’ve had enough bad news lately,” Peter said.

“The good news is Christ is risen,” John said.

During her sermon on Jesus’s teaching that we should love our enemies, the pastor asked the congregation to raise their hands if they had enemies. Everyone did so except for Mrs. Watson in the front row, who had just turned 95.

“Mrs. Watson,” the pastor asked, “how could you possibly live for 95 years and have no enemies?”

“That’s easy,” the senior citizen replied, “I just outlived them!”

Ever heard of “Dad jokes”? “Dad jokes” are short, often punny, and one-liner jokes that are supposedly told by middle-aged or older men –– hence, the name.

And yes, we compiled a church version of “Dad Jokes” just for you! These jokes are dry, punny, and are meant to make you laugh differently.

Enjoyed this Article? More helpful articles from us! 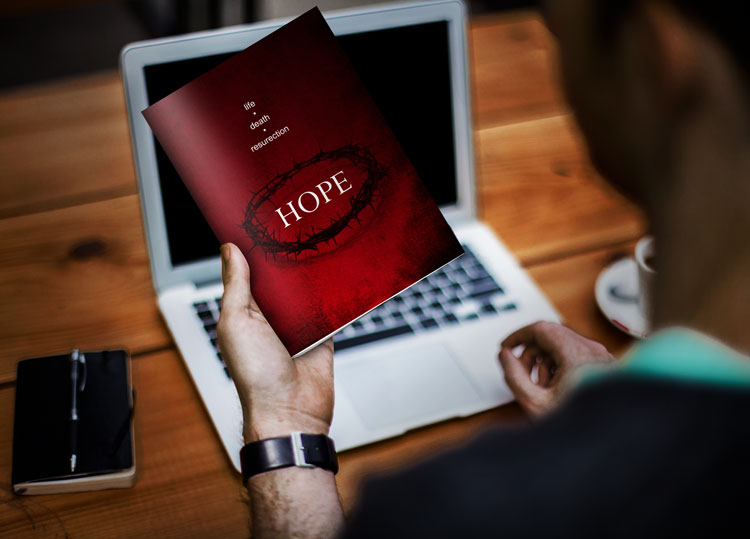